All The Little Things Matter

I was speaking at an event last week and at the end of the talk we had a question and answer session. One question was about 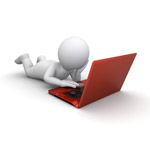 networking; I had spoken about the huge benefits on so many levels of networking.

The questions, “where do I start online? There is so much social media out there, I know I should be doing it, but don’t know where to start”.

It sounds like a usual question perhaps, but it was posed only about social media, which had not really been featured; was the idea of networking online simultaneously an easy option and anxiety provoking?

In theory how lovely to just connect online and eliminate the possibility of rejection. One could convince oneself that the connection request on LinkedIn just didn’t make it I suppose, that Twitter is too busy to make an impact on, or that Facebook is just manic. On a negative side, social media is so massive now that it is overwhelming to know where to begin. Attractive but overwhelming – Oh I’ll just leave it then.

My advice was to choose one small section of social media to get started on, but to spend the majority of your time actually networking in person.  I am not sure that was the answer wanted though, because risking your own ‘person’ in a room of strangers can be fairly frightening to many people, but if we don’t take a chance; do one thing every day that scares us and all that, we will never really grow. There is so much good advice about how to network out there; online of course, that we would be fools not to take it. Yet somehow we make excuses not to go over and talk to the person who looks interesting, or to go along to an event where you do not know a single soul, but where you know you will have to be brazen and confident to make any headway. That is of course, until you actually do it. You go along to something and have a fabulous time, you talk to interesting people and you make new friends and new contacts. What can I tell you but get on out there.

This stayed with me over the last few days, and I thought about how often we put off taking the small steps that lead us to big success. Too many of us believe that we must do amazing dynamic and huge things to secure our success. And all too often that leads to, well, nothing at all. On the premise that, if you cannot conquer it all then what is the point?

In truth, success comes in lots and lots of very small steps, taken over and over. Stories of overnight success look good in print but the reality is invariably a good deal of hard work and commitment first.

So when it comes to networking you can start small, do a bit online, and then make an effort to get out for some real interaction which will make more of a connection and will build real relationships that move onto something of depth and character. By all means, meet first via email and all the glorious internet has to offer us, but make sure that you find the time for a few lunches and an odd coffee as they will always have more value to you, both long term and short term.