Personal Development – Who Needs It?

In some circles, the expression ‘personal development’ can almost seem to be offensive. 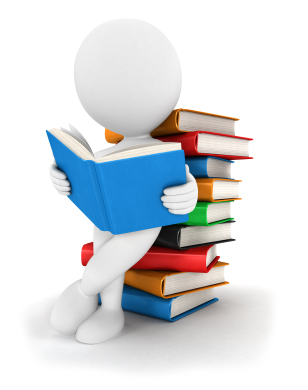 I noted from a strand in a LinkedIn discussion that they were almost offended with embarrassment when this was suggested as a way of moving forward.

Is the suggestion that undertaking any form of personal development means that we are in some way deficient? That perhaps we are not already perfectly developed and therefore there was no need for such development?

Or, is it based on fear?

“What on earth would I find out (and have to solve) if I really considered that the reason I have not yet achieved as I would wish to, or got the job of my dreams, might it be down to some deficit on my part rather than a dire economy?”

But the truth is that we are all just ‘twits on the train’, learning and developing as we go along. No one, and I mean no one, is ever ‘done’. There is not a person on earth that would not benefit from personal development in some form.

True when you are looking towards basic survival, then your impelling needs lie elsewhere, but for most of us in the western world, our problems and struggles could be lessened by a little personal development along the way.

This often need be no more than a little introspection as to why we not only feel as we do but why we react as we do, as anger is often based on fear. A little understanding of how we are perceived by others, but not in terms of trying to please others, as one cannot please all of the people all of the time, and certainly should never ever try to, is helpful. However, it is also helpful to know how your attitude and demeanour is experienced by others as a way to achieve the results you want.

The great thing is you do not even need to ask anyone the cringingly awkward question, “So, what do you think of me?”

You can gauge how you are doing by taking a moment of consideration when things have gone well. You were offered a job, asked to head a team, or your opinion was particularly sought after; what was it you offered that helped people see you in a positive light?

Equally, when things have gone poorly it may very well be down to sheer bad luck and a poor economy, but sometimes it may be the result of a misunderstanding. Did your delivery intimidate or confuse? Were you clear on your intention? A key to this might be another person’s reaction to you. Things were going well and suddenly those things went wrong?

Of course, it certainly can be the ‘other person’, but the law of averages would suggest that it cannot always be about other people – sometimes we are the cause of our own misfortune.

Some subtle personal development and openness to how you could fit well into a new environment might be useful. With a little balanced, self-reflection and a willingness to learn new ways with no criticism, which is often borne from fear, will serve everyone so much better, and take you a long way to integrating skills thus allowing you to bring your skills and attributes to a new market where you will be highly valued.

If I or any of the team can help – just get in touch. We are always pleased to hear from you.